Aikido teacher, Ph.D, psychotherapist, recording artist, film/tv actor, published author, university lecturer and public speaker. Not many can combine so many careers into one resumé

Dr. Michael Gordon is a 6th Dan Aikido teacher, and psychotherapist in private practice in Vancouver, Canada, writing and speaking across many forums on topics of ‘spiritual psychology in daily life.’ He holds an MSc. in Consciousness & Transpersonal Psychology, and a Ph.D. from Simon Fraser University in Burnaby, Canada, with a thesis topic that explored the praxis of teaching, psychotherapy and Aikido. 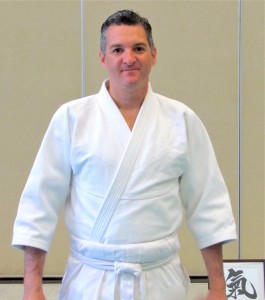 Michael brings a transpersonal and biopsychological approach to his clinical work, having given numerous public talks on the relationship between everyday life, mindfulne

ss, trauma, and cognitive neuroscience, including past lectures at SFU. In 2009, he was part of a group teaching meditation to women in the BC correctional system.

He is also a successful recording artist and performing singer-songwriter as ‘Myk Gordon.’ 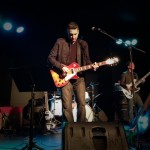 Set Free, his most recent album, was produced by Grammy Award-winner Steve Berlin of Los Lobos.

His podcast ‘The Mind Whisperer’ has had 20,000 downloads on iTunes, and his popular writing is featured in mindbodygreen.com and the Elephant Journal. Michael travels and lectures internationally (see Upcoming Appearances) and is contributing a chapter to two forthcoming academic volumes (including SUNY Press) on intersubjectivity, Aikido and embodied attunement for empathy in teaching, learning and general relationships.